“I Have COPD, Goddammit, I’m Doing the Best I Can!” 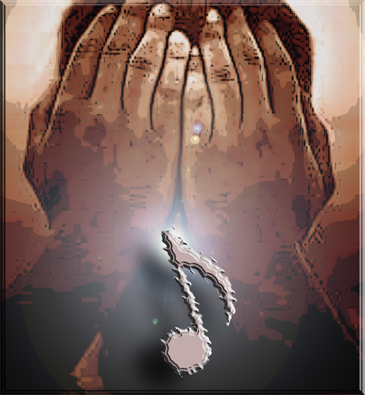 Reality is wrong. Dreams are for real.
– Tupac Shakur

The title of this post is one of those inexplicable shout outs that occur in dreams, seemingly unrelated to one’s own life.
But dreams do come from somewhere within us, and while specific dream dialogue may seem unrelated, the thread of our lives still reside within them.
Part of the dream I am about to relate may be related to a musical I saw last night at the York Little Theatre, our community theater: Bat Boy the Musical, which is based on a bizarre “news” story in the now (thankfully) defunct Weekly World News.
If you happen to live in the area, you can still catch a performance; the musical runs for a few more shows. Check the YLT website.
Obviously, if you catch this post at some future time, you will find other performance info on the YLT website, but that’s okay; you can still support our local theater.
Bat Boy the Musical is strange, a “cult-esque” creation, similar to The Rocky Horror Picture Show, so if you don’t appreciate avant-garde, absurdist theatre, you might not like this either.
But I loved it and can appreciate critic Scott Miller’s take on Bat Boy the Musical:

[This musical] seems to be a wacky but big-hearted satire about American prejudice. But dig a little deeper, venture down into the dark caves and chambers of human emotion, and you’ll find a bigger, more interesting idea that underpins everything else in the show: we all have an animal side, a primitive, primordial beast in us that lashes out when we’re afraid, that drives our hungers for sex, for food, for power, for control.

Now that I have set the possible background for my odd dream, perhaps I should just relate the dream in the present tense without trying to analyze it (which we rarely do when we’re in the middle of dreams).

My husband and I hire a once wildly famous singer to perform at our home, outside on the lawn. The singer is now largely unknown in pop culture: old, faded, forgotten – and apparently angry at the world, at least we suspect this is so.
We can’t remember his name, but we do know that it is vitally important that we listen to this singer at our home, which, somehow, takes place at our son’s old house.
Our home suddenly becomes a concert venue, our son’s back porch the stage. Hippie adults lounge on the lawn, smoking weed; ratty, half-naked children run wild.
The place is surprisingly packed for a forgotten singer, the adults in a state of high anticipation, the children somehow invading inside our home, wearing our lampshades and pulling down curtains. One child even locks himself in the bathroom.
But the junior invasion seems less important than what is about to take place. I notice that my house is being overrun, but I’m too focused on the stage and the singer’s anticipated arrival.
The singer, a wiry grizzled African-American man (we don’t know his name, nor do we know his defining song, the very urgent song that drew us to hire him) takes the stage and bows respectfully to the audience. I notice that he seems to be having difficulty moving, and a tremendous sorrow overcomes me.
I want the audience to disappear, the children to stop what they are doing. I want my husband to go away; I want to be alone with this man, to show him how much I appreciate his presence.
But I don’t get my wish, so I decide to close off the rest of the world by shutting my mind to the hubbub going on around me.
The singer begins strumming his guitar, a battered acoustic instrument, full of scratches and worn finish. A mournful chord fills the air. He opens his mouth to sing, but nothing comes out. It’s just sad guitar chords filling the air.
I can no longer shut out the audience because they are now restless and unhappy, angry adults pumping their fists in the air, children whiny and hungry.
They start yelling and screaming at the poor man who is obviously trying to sing.
I am mortified that this man should be treated so poorly; is his past music so important that he should be treated so shabbily in the present?
As the crowd begins pushing forward toward the singer, he takes a deep breath, tears running down his face, and grabs a mic.
In a loud raspy voice:

“I have COPD, Goddammit, I’m doing the best I can!”

Silence. Not a sound can be heard, almost as if the sound of the world has been shut off, the kind of black silence that I can only imagine as the realm of the profoundly non-hearing community.
Then I hear sobbing.
I realize I’m the one sobbing. I can’t understand the unspeakable cruelty exhibited by this ungrateful crowd toward this esteemed man.
Why, why, why?
With heavy heart, I go to the singer and pull his head to my chest. I kiss the top of his head and say,

His raises his head.
The old man is no more; a white infant with large brown eyes looks up at me, tears in his eyes. He says,

End of dream.
I’m not going to analyze this dream; somehow, that would lessen its impact (at least on me). For me, the dream is pure emotion and should remain that way.
Perhaps I’ll do something creative with it, maybe not.
Perhaps it’s simply whole “as is.”
‘Til later!