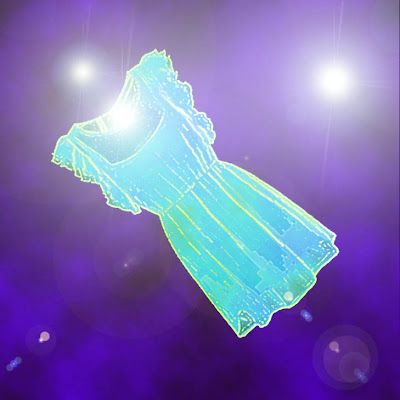 First time on “The BIG Diet”? Start here.
Today, Brian and I meet at the hospital dining hall for our lunch date. I wear my new dress, a size 14! A gorgeous garment, a flowing aqua mid-calf dress, 100% cotton; it hides all my flaws.

I bring a vanilla shake and a bottle of imitation rum extract. I am worried about what Brian will be eating, but, bless him, he brings a shake too.

“Sammy, I lost my weight on this diet,” he says, touching my hand. “So I’d never eat in front of you. Especially now, when you’re so close.”

He buys me a diet cream soda and a diet chocolate for himself. “I’d die for chocolate.” He stirs his chocolate shake into his soda. “For 12 weeks, I drank nothing but chocolate in chocolate. I didn’t mind at all.”

“I miss food,” I say. “I want real food, lots of it. Once I’m off this diet, I’m never going to stop eating. I’m going to eat around the clock until I drop dead from overeating.”

But I’m not really in control.

I want food, and I want to make love, but not with Sheldon Weiss. I want to have an affair, to fuck someone strange, yet someone who understands why I would put myself through 12 weeks of torture, to deny myself the most basic pleasure.

* * * * *
Oh, just say it, Samantha: you are wildly attracted to Brian Spinoza, and you get the sense that the feeling may be mutual (although you are by no means certain of this).You two do a lot of talking at lunch today, about dieting, eating, kids (Nicole, your problem child), painting, writing, theater–God, you have so much in common with him.

Then the talk comes around to your marriages.

Now you really feel as if you’re walking on a tightrope.

Does he really tell you his wife’s going to be away for two weeks? Is that a hint? Should you throw down the gauntlet and see what happens?

What will you do if he does ask you to bed?

You’re scared, Samantha. Are you so easy that you would go off with any man who happens to turn your foolish, air-filled head?

“And I’m going to fuck Brian Spinoza.” The ultimate slap in the face, even Sheldon’s, not to mention the stupidity of hanging your heart out, naked.

You feel incredibly guilty, that is, until Shel says, “Go right ahead, and I’ll cut his balls off.”

He doesn’t mean it literally, but he could blackball Brian in the psychological community. Shel wields quite a bit of power in a three-county area, and if he says, “Fire and don’t hire,” Brian won’t stand a chance, and so you back off, and say you’re just kidding. But you know better....

So you write Brian a letter:

I hope you won’t mind if I write an existential letter to you as I sort out our milk shake program from my ordinary life. These past 11 weeks in your therapy group have been some of the most bizarre, but wonderful, moments of my life–lots of laughter and jokes, deep conversation, some introspection, gossip. What a cohesive group! The closeness!

I feel as though I have known you for a long time, perhaps in another lifetime, if you believe in such things. Part of the closeness that I have experienced stems from the sheer intensity of not eating real food. Normal people just don’t understand what it’s like not taking in solid food for almost three months.

What this ultimately means...Who knows? All I know is that my husband, as much as I care about him, cannot be a part of this diminishing process, as much as he may want to be.

And he wants to know this part of my life, but, for many reasons, I can’t allow that. I need this speck of apartness from him, and I’m afraid he’ll never quite grasp the meaning of this. He’s possessive in odd ways, almost as if he wants to pick my brain and process the bits of information into ordered segments–his attempt to understand the real Samantha. But how can he figure out the real Samantha when I’m not sure who she is?

He is not a jealous person in the traditional sense, but jealous of what I cannot or will not share with him. But even Jung wrote extensively about the dark side of the personality; some things are best left in the shadows....

I am not one who makes friends easily. The person you saw in the past weeks is not exactly real--the real Samantha is often morose, inward, and isolated. She often shrinks from the world and tries (sometimes successfully) to make sense of the murders, rapes, and madness around her. She feels deeply about the ugliness that she simply cannot sort out the pain, and so she assumes a superficial exterior, sometimes blowing things off casually, sometimes cracking jokes, sometimes making an ass of herself. Still, laughing helps, and these past 11 weeks have given her an opportunity to laugh more than she has in a long time.

Why do I feel a special bond with you? Would I have felt this bond had we met at a social event? What if you had showed up in one of my classes? What if we had met as two strangers just walking down the street? Chances are, we would have never met had it not been for the clinic, and, somehow, that would have left a huge void in my life, even though I would have never known it. Then I wonder how many of the voids in my life have been caused by my missing the chance to meet special people like you....

Please be careful, Brian. Shel can make your life unhappy. I should go now.

Okay. So you can’t send the above letter to Brian. It sounds silly, school-girlish, and guaranteed to make any man run, especially a married man running scared from a married woman. You place the onus on him: you give him one of your paintings, almost forcing him to stay in touch with you. You realize that he may just write a perfunctory thank-you note, but that’s life....

Still, you know that a curt note is just what you deserve, even though you don’t want to hear that, at least not yet. Maybe next week will be different.

This diet has taken you by surprise in its intensity and its impact on your psyche. You identify with Kafka’s protagonist in “A Hunger Artist”; fasting has become a higher art, a higher calling. You are in the process of sculpting your body into something beautiful. Sheldon doesn’t understand that, but Brian does. You know that your life can never be ordinary again. How could this happen? After all, other diet programs had pulsed at a rather steady rhythm; this time, you had not been prepared for all this emotion.

Last time, you lost all contact with the group, gained the weight back, and started all over again. Now you feel like a flower child who’s in love with everyone in the group.

And, finally, you want to know why Brian gave you his office number instead of his home phone when you asked for it today. After all, his home address is no secret: it appears on the general roster. 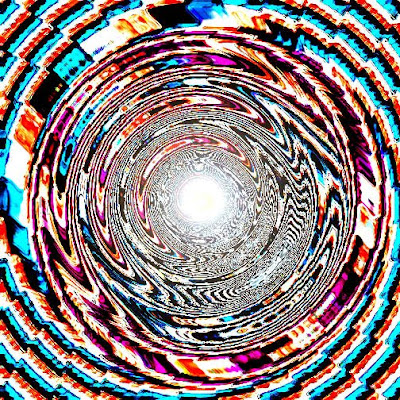 Nicole finished rehab two days ago and moved in with some biker dude she met in group therapy. A house painter. Roger, I think she said. Nicole says they’re both absolutely clean and want to start a new life together with “The Circle of Love.” I have never heard of The Circle of Love--

© Jennifer Semple Siegel, 2004. This work may not be reprinted or reposted without permission from the author.
Fiction The BIG Diet The BIG Diet--Week 12