A Fable: The Hare and the Tortoise (The Diet Version) 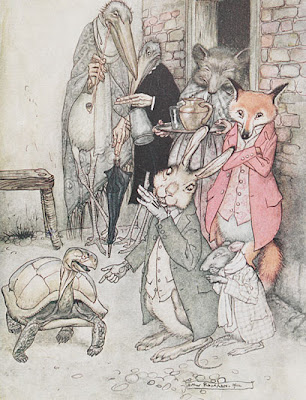 The Hare and the Tortoise, by Arthur Rackham*
_________________________________
Once upon a time, there was a fat hare who boasted how she could lose weight faster than anyone else (for she had done it several times before and, therefore, was a top-notch expert on weight loss); she was forever teasing the lumbering tortoise about her poky metabolism, her love of good food, overall slow ways, and the fact that she had never ever been on a diet before. 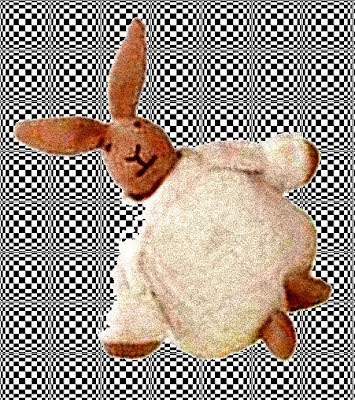 Then one day, the irate tortoise had enough and answered back: "Who do you think you are? There's no denying you can lose weight in a flash, but even you can be outdone, at least in the long haul!"

The hare squealed with laughter. "Beaten in a weight-loss challenge? By whom? Not you, oh portly one! I bet there's nobody in the world who can lose weight better than me, I'm so accomplished at shedding pounds. If you think you can beat me, why don't you just try?

Annoyed by such bragging, the tortoise accepted the challenge.

The winner would receive an 18-karat Golden Apple encrusted with diamond chips. 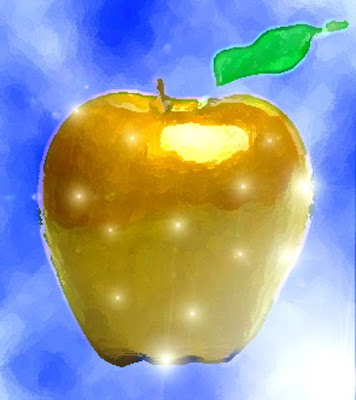 Each contestant submitted a diet plan to the judges for approval. Being of different species, the two contestants had very different nutritional needs, so the doctors approved, with a little tweaking, their individualized diets, although the judges clucked slightly at the tortoise's loosey-goosey plan, which allowed for all kinds of illegal tortoise treats. In light of this, the tortoise was given a year to the hare's six months to shed the same percentage of weight.

"No problem," said the hare. "You'll never be able to sustain a diet for such a long time! In six months, I'll be running rings around you while you'll still be chugging along like a semi-trailer hauling a double-wide load." Then she cackled like a fiend: "Anyway, who has time to slim slowly?"

The tortoise offered a little knowing smile. "I'm in this for life."

The hare shrugged. "Whatever."

At dawn the next day, they were weighed and measured, their starting weights noted and BMI's calculated, and individual goal weights set.

Then the referee ordered: "Start your engines!" 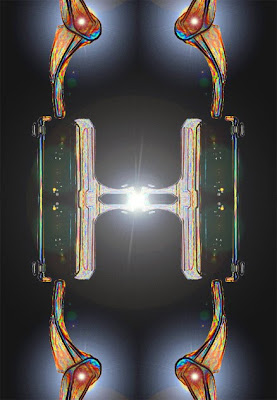 The hare dashed to the nearest fast food restaurant and wolfed down a super humongous bacon cheeseburger, a tub of French fries, and a 32 ounce chocolate milkshake. "Ha! I have plenty of time to whup Tortoise's wide rump," she gloated. "So I'll feast today and fast tomorrow."

Meanwhile, the tortoise thoughtfully weaved her way around Restaurant Row and found a cute Ma and Pa place with red-checked curtains and tablecloths. She studied the menu carefully and selected a nice healthy salad, clear soup, lean entree, a plain baked potato, and a steamed vegetable medley. After she finished her good meal, she said to Ma, "Excellent food! I believe I shall top my meal off with a small slice of apple pie, one scoop of vanilla ice cream, and a cup of coffee." She savored it with relish.

***
For the next six months, each and every day, the tortoise ate in a like manner, making sure that she enjoyed her food, but within reason, always sticking to her program, celebrating key events in her life with gusto and moderation.

Slowly and methodically, her excess weight began to disappear.

True to her word, after her binge, the hare bit the carrot (so to speak) and, for six months, drank nothing but diet milkshakes and (for an occasional treat) a diet bar or a tiny piece of steamed chicken breast. Always very, very hungry, but, gritting her teeth, she stuck to her program. Some days, she felt as though she might slip off the cliff and pass out, but she managed to hang in there by drinking lots of diet soda and popping her potassium pills.

At the six-month point, the hare and the tortoise weighed in.

Hare had accomplished her goal weight and was thin as a reed. 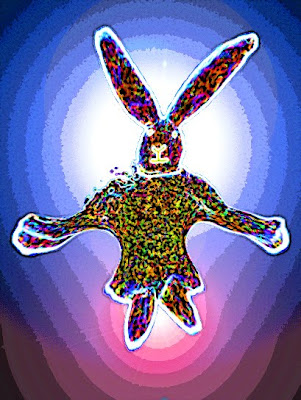 She couldn't wait to get this over with so that she could eat her first real meal at the fast food restaurant. But first she had to eyeball Tortoise up and down and taunt her: "Lo and behold! Looks like you got a ways to go."

"It's true--I'm not there yet, but I'm getting there, and having the time of my life along the way," Tortoise said. "I feel great!"

Hare jumped up and down, somersaulted, and ran all around Tortoise before diving into the bridal wreath bush near the scale and rattling it. "I win! I win! I win!"

"Not so fast, young lady," said the weigh-in receptionist. "According to her contract, Tortoise has six more months to accomplish her goal."

"Ha, ha, ha! Tortoise will never make it," Hare said with glee as she emerged from the bush, her fur coated with white petals. "She eats whatever she wants and is having way too much fun. Hasn't anyone read her the strict rules of dieting?"

3. Hide your body under layers of clothes and unveil your new shape only when you're perfect.

Hare did a cartwheel past the scale and over Tortoise. "You might as well award my prize now."

"Don't forget, Miss Hare," said the contest leader, "Your contracts stipulate that you both must keep your weight off for at least six months after goal..."

"Congratulations, Hare," the receptionist said, handing skinny Hare her shiny new maintenance book. "You have reached goal weight. Go home and read this book carefully, for it holds the secret to maintaining your new, healthy weight and living a long life."

"Yeah, whatever." Without even looking at her book, she tossed it into her backpack. "I've got a date with a Giant Artery Clogging Cheeseburger and a Souper-Douper Sized Banana Split Sundae, smothered in caramel and chocolate and peanuts and whipped cream and topped with a maraschino cherry..."

Hare dashed off, in pursuit of The First Meal...

***
Six months later, Tortoise, all smiles, arrived for her goal weigh-in. Being a tortoise, Tortoise would never be sleek like a hare, but she was healthy and at her perfect weight.

"Congratulations, Tortoise," the receptionist said, handing the transformed Tortoise her shiny new maintenance book. "You have reached goal weight. Go home and read this book carefully, for it holds the secret to maintaining your new, healthy weight and living a long life."

Tortoise held the beautiful book in her hands and hugged it to her chest; she already knew its secrets, for she had been living them, each and every day, for the past year, but this book was special, representing her accomplishments and, therefore, deserving of her utmost respect.

"So, Tortoise, how will you celebrate this special day?" asked the contest leader.

"Why, yes. It's customary to do something fun on this special day."

"I celebrate each day," Tortoise said. "This is my life now." Tortoise looked all around. "Where's Hare?"

"She hasn't arrived yet."

Then Tortoise heard a shuffle coming from the bridal wreath bush.

A chubby Hare crawled out. 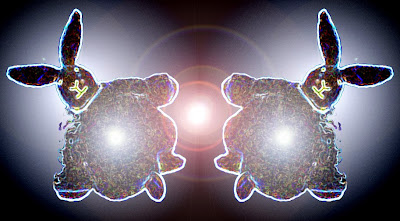 "Don't bother weighing me," she said, flopping on her back. Her belly looked like a gray rolling hill.

Hare snuffled and wiped a tear from her puffy cheek. "Once I started eating again, I couldn't stop. You'll see. It will happen to you. Diets don't work."

"Then neither of us wins."

"Not so fast," said Tortoise. "I get my six months of maintenance."

"You still don't get the Golden Apple unless you weigh the same in six months."

***
The hare, hunkered down in the bridal wreath, woke with a start from a fitful sleep, yawned sleepily, and gazed round, looking for the tortoise, who was due at any moment for her final weigh-in. The sun beat down on her. Hare had lost a bit of weight, for she had finally read her maintenance book and was beginning to get what the cryptic tortoise had been trying to tell her, but she still weighed more than she did when she started her diet 18 months ago. 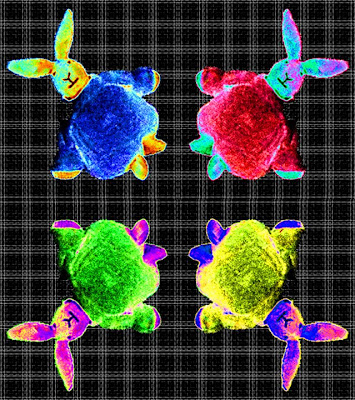 The tortoise arrived, still slim, prepared to be awarded the Golden Apple, encrusted with diamond chips.

Poor Hare! Tired and in disgrace, she slumped down next to her bush and tried to bury her head in the mud, for the tortoise had resoundingly beaten her to the finish.

As Tortoise accepted her prize--, 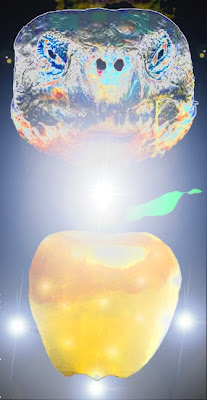 --she smiled at Hare, and said,

"The Hare and the Tortoise" is a public domain fable attributed to Aesop (c. 620-564 BC). This re-written version, © by Jennifer Semple Siegel, may not be republished or reposted without permission from the author.

*Illustration line block printed from drawing, from Aesop's Fables. Published by Ballantyne & Co., London, 1912. Found on Wikipedia.
A Fable--The Hare and the Tortoise--The Diet Version Fables The Tortoise and the Hare