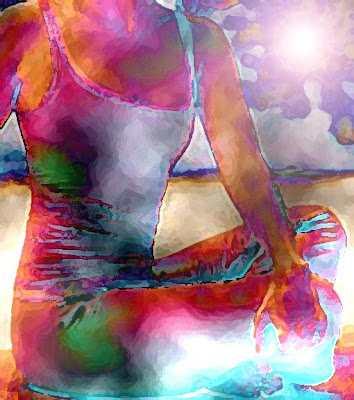 It's true that some slim people don't "get" our lives and our complicated relationship with food and our bodies.

But we can still learn from them.

Instead of lamenting the unfairness of how slim people seem to maintain their weight without effort, we can imitate some of their food behaviors.

So how do naturally slim people tame the beast?

1. Slim people always seem to eat when they're hungry. It may not be a lot, but it's enough to stave off the beast.

2. Slim people tend to graze, rather than eating three large meals a day.

3. Slim people never deprive themselves of treats. Instead, they will eat small portions of their favorite foods and put the rest away (and actually forget about them). You rarely see a slim person polishing off an entire cake or a bag of potato chips.

4. Usually, slim people are not picky, at least as adults. They seem to like a vast variety of foods, including fresh fruits and vegetables. Junk food is only a small part of their diet.

5. At special occasions (holidays and family events), slim people may overeat, but, afterwards, they get right back to their regular diet--without slipping into a deep depression and sense of self-loathing.

8. Slim people eat to live, instead of living to eat.

9. Slim people would rather socialize than eat, so instead heading straight for the buffet table, they will often find someone to talk to.

10. For slim people, food is just food, and nothing more.

Of course, if we imitate these behaviors and beliefs, we will always be conscious of them. Perhaps, however, we can make our new behaviors good habits, if not entirely natural.
Index L Slim People Thought for the Day--March 26 Thoughts for the Day