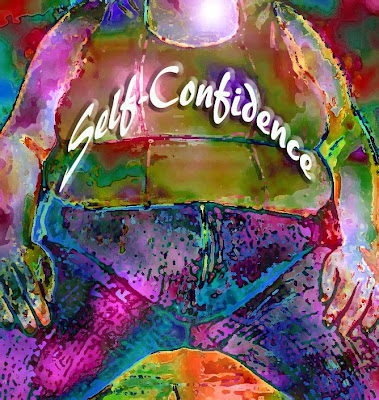 If isolation tempers the strong, it is the stumbling-block of the uncertain.

Yesterday, in "Dear Abby," a former boyfriend was concerned about his ex-girlfriend who has gone into voluntary isolation because of her weight. He wanted to see her (as a friend), but she refused, citing her weight. Abby advised that he should call one of her relatives to get her help.

Abby's right: this lady does need help because social isolation--all too common when people, especially women, gain a lot of weight and become morbidly obese and even just slightly obese--is not good for humans who need some kind of social interaction.

But it's not all that simple to solve.

Fear of being ridiculed is very real; unfortunately, there are some very cruel people out there who apparently lack empathy for fat people (and probably for other people who don't fit social norms).

I know that when my weight has been at its highest, I just didn't want to go out in public--and for good reason.

For example, some years ago, at a mall, some boys shot rubber bands at my butt. To them, it was just childish fun, but for me it was hurtful, a sting that lasted for a long time. In fact, I still cringe at being such a butt of a joke (excuse the pun) by some clueless boys.

Also, children are brutally honest and often reflect their parents' values and prejudices. Once, a little skinny blonde girl, about 5, pointed right at me and said, "Mommy, look at the fat lady!"

Strangely enough, I wasn't angry at the child because I was obese, and the child meant no malice toward me personally; she was just making a valid observation and verbalizing what others were thinking, and she was too young to know that she should keep her observations to herself. I was miffed at the parent because kids don't develop prejudices in a vacuum--they learn them at home.

Yes, the woman referred to in "Dear Abby" does need help, but to force her to go out into public would be wrongheaded, although seeing her friend (who obviously cares about her, no matter what she weighs) at her own home should be encouraged.

Before venturing out into public, isolated obese people should be given the opportunity to build back some of their self-confidence by beginning a new lifestyle change (diet and exercise) at home or in a specialized obesity clinic (at least for those who can afford it or if insurance pays for it).

Morbidly obese people often do well using the treadmill because they can set the speed and elevation at levels that are comfortable for them and gradually build up to higher levels. Treadmills are fairly inexpensive now and can last for years (ours is from 1997). Anything that gets people on their feet and exercising is a positive step forward--and one step further from isolation.

Social connections can by made through social media, connecting with old friends on Facebook and Twitter. Also, participating on forums dedicated to obese people can help bolster one's confidence and self-esteem (although one must be careful to avoid internet trolls, scam artists, and predators who prey on vulnerable people). Knowing that others are struggling can be very empowering.

Certainly, counseling may be needed, but, perhaps, select a therapist who makes house calls, at least at first, with the ultimate goal of coaxing the person out of her shell and home, selecting safe places for the first ventures out.

It's so easy to judge someone for not fitting in, and anyone who is different understands all too well that they could be a target by a stranger.

If you know and love anyone who is isolated for any reason, you need to convince that person that she needs some help and then help her get the proper help, preferably a therapist who has been in the same spot.