Thought for the Day--April 22, 2011: Mutter Museum, The Mint, and Poe House in Philadelphia 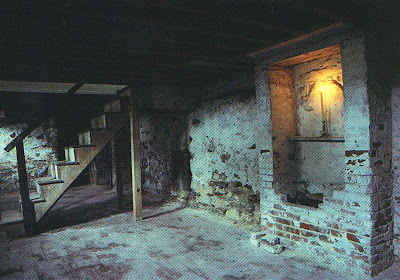 I became insane, with long intervals of horrible sanity.

Yesterday, my husband and I took a day trip to Philadelphia. For years, I had it in my head that I just had to see the Mutter Museum.

Okay, done that, don't want to do it again. What a surreal experience--viewing all those damaged fetuses in jars was kind of upsetting, and there seemed to be a faint smell of formaldehyde in the air (or maybe it was my imagination?). Also, it was kind of warm in the museum, so I was feeling a bit off, like maybe I might pass out.

Well, I didn't, but someone else did; evidently, this is a fairly common occurrence at this museum.

I do not mean to be disrespectful. After all, this museum offers an important collection of abnormal physical oddities, which occur in nature and shouldn't be swept under the rug and denied. Also, this museum was set up in 1787 by The College of Physicians to advance the science of medicine and to thereby lessen human misery and, perhaps, to educate the public.

Who knows? Perhaps this physician's college has been instrumental in advancing medical discoveries so that there are fewer birth defects and horrific conditions that are simply not compatible with human life.

But I have been thoroughly cured of my voyeurism.

We also visited the U.S. Mint in Philadelphia, which was okay, but because of Easter week, not much was going on in the production end, just some pennies going down a conveyor belt and chute. Also some workers and a robot were polishing large silver collectible medals.

I did buy a gold-plated state quarter (Pennsylvania, of course). 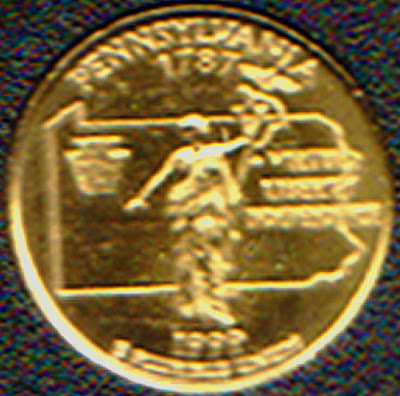 and a bronze James Buchanan medal, neither very expensive.

The most interesting part of our short trip: visiting Edgar Allan Poe's house in Philadelphia, which is part of the National Park Service. The park docents were very knowledgeable and helpful, answering questions and making sure that our experience was a good one.

However, when we got to Poe's cellar (pictured at the beginning), it was such a shock. You see, I have a recurring nightmare about a room that looks very much like Poe's cellar--it was like walking right through my own nightmare!

What you don't see in the photo (scanned from a postcard) are (to the left) three casement windows. In my dream, shafts of smoky light from these windows fill the room, light that doesn't really illuminate much, but actually obscures what frightens me when I'm in this dream.

It was definitely a deja vu moment.

Anyway, I played around with the photo and created an Escher-esque rendition of the Poe cellar: 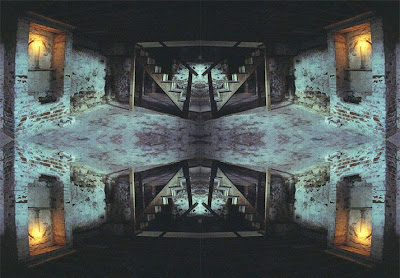 And a strange ghostly version: 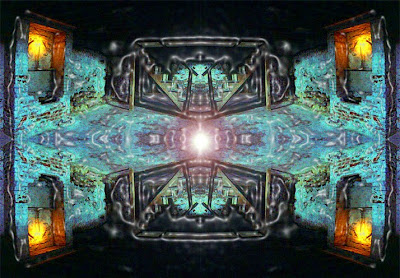 I'm tired; we walked all over downtown Philly, perhaps four or five miles.

It does feel good to be able to walk without becoming out of breath.