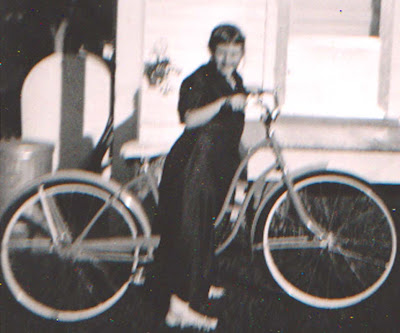 Exercise to stimulate, not to annihilate. The world wasn't formed in a day, and neither were we. Set small goals and build upon them.

Back in the late 1950's, during the long, hot Sioux City, Iowa, summers, it seems that kids were always outside: exploring, playing whiffle or softball, jumping rope, cycling, roller skating, and hula hooping.

Play was organic, not organized by parents as "play dates." As a kid, you scoured the neighborhood until you found some kids to play with, and that was it. You just went home to eat and sleep, both of which interfered with the important work of playing with your friends.

It was too hot to stay home and park yourself in front of the TV--no one I knew had air-conditioning. Only department stores and movie theaters had that luxury.

On the unbearably hot days of July and August, you hung out at the local swimming pool. It cost 10 cents admission to the pool at Children's Park, and I got my money's worth, often staying all afternoon (and coming home with a sizzling sunburn--yeah, I know, bad for me, being fair-skinned).

For me, there was nothing sweeter than hearing Kathy Stanislav yelling up the stairs, "Hey, Jenniver, can you come out and play?"

As I wolfed down breakfast, my grandmother would huff, "Doesn't that child know how to knock?"

I was not aware that I was getting plenty of exercise; I was just having fun. Had I been told, "You MUST ride your bike all day," I might have complained and groaned about the unfairness of life, but because it was my idea, it was simply something that I wanted to do. Commercial gyms were practically unheard of (the milieu of bodybuilders, not ordinary people), the personal computer science fiction, and the internet totally off our radar, so we didn't have those distractions.

My neighborhood must have been very noisy (I noticed the sounds of child play, a surprisingly reassuring part of the landscape, when I lived next door to an orphanage in Skopje, Macedonia), but no one seemed to mind, the sounds more like ordinary background, like birds chirping.

So what has happened to our neighborhoods? They seem to have become ghost towns, devoid of children. When Jerry and I go for walks, all we see are older people walking their dogs and very few (if any) children.

Where have all the children gone? Do they stay in their rooms and play video games or watch TV? I know they exist because our public schools are full.

Are parents being overly protective in that they won't allow their 9 and 10 year olds to go outside, unsupervised? Are they that worried about perverts abducting their children?

Parents in the 1950's did worry about pervs; we were always chided about not speaking or going off with strangers, but we weren't held back because of those fears, fears not entirely unfounded: In July 1955, 22-month-old Donna Sue Davis was abducted from a Sioux City home, raped, and murdered. This high-profile child murder shocked the city and made parents more cautious, but they never seemed to helicopter over us, at least to the extent that today's parents do.

Children need to play and run free, burn off some of that excess energy that we wish we could have as adults.

So how can today's parents encourage their children to play/exercise without "nagging" them or allowing them to run wild in dangerous places?

Start young. Very young children love to be with their parents, so take them out for walks and to the park, where they can play (with other kids) on the swing, slide, and teeter-totter.

Play catch or badminton with them in your backyard. To them, this is fun stuff.

Play loud music (disco is good) and dance. Your younger kids will join in.

Offer opportunities for your kids to meet other neighborhood kids by getting to know your neighbors and, perhaps, having a neighborhood cookout.Encourage kids to take up a sport, but don't force it on them. Also, something like sandlot softball is the best kind of exercise because it originates with the kids themselves, with no silly adults around to spoil the natural competitive spirit among children. Often, parents are too focused on showing off their children as the biggest and best, while children just want to play and have fun.

Limit computer and internet time. If you fear perverts, then you should be totally afraid of the internet because this is where the pervs hang out, trolling to draw children into their web.

Kids love to move all around, and if we don't encourage them to get into motion, then this next generation will be, at ever-younger ages, overweight and even obese. Worst yet, they will be susceptible to adult-onset diabetes, gallbladder disease during childhood.

As parents, you must act as role models to your children. How can you expect them to move around when you do nothing but surf the net and watch TV?

Get moving, my cyber friends!
Children Children and Exercise Exercise Index C Lee Haney Thought for the Day--April 25 Thoughts for the Day