"An Apple a Day Keeps the Food Police Away?" 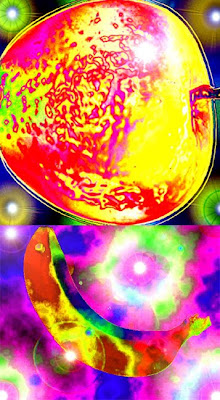 Everyone who wants to do good to the human race always ends in universal bullying.

I hate overweight, because it implies that there's a weight standard I should be adhering to.

The other day, Dr. Oz had some "experts" on his show who believe that fat children are "abused" and should be taken away from their parents and placed in foster care.

Are we getting so ridiculous here in the U.S. that we are going to hunt down overweight children and penalize their parents? Call in the Fat Police? Arrest parents? Set up government orphanages and boarding schools for overweight kids?

Look. I agree that good eating habits begin at home, and, perhaps, parents need some refresher courses in proper nutrition, but even to suggest that children should be removed from their homes because of excess weight is just beyond the pale.

I mean, does Children's Social Services remove kids because their parents smoke cigarettes? I have never heard of such a thing, and second-hand smoke is, by far, more dangerous than extra pounds. What about removing kids whose parents spank them? And what about snatching away kids who bully other kids? Better yet, how about removing bullied kids because their parents aren't providing a safe environment for them? What about parents who allow their darlings to ride in a car or a truck bed without a seat belt?

Let's face it; parents aren't perfect, and they will screw up their kids in various ways, but, somehow, most of us made it to adulthood okay.

I say go after the truly no-good parents, the ones who physically and sexually abuse their kids, the ones who can't or won't offer their kids the basic amenities of life (such as regular meals, a home, clean clothes, and school attendance).

Why are overweight kids under such scrutiny in the "war on obesity" movement? Believe me, this is a losing war, especially if children are set up as human targets by "well-meaning" anti-fat activists who are less concerned with health and more concerned with a child's physical beauty and social standing. (Perhaps the "normal" activists and children are the ones who need educating in the art of accepting difference?)

The belief that one can "embarrass" children into eating healthier and losing weight is just plain wrong; back in the early 1960's, it didn't work for me, and it's not likely to work in 2011.

If you are the parent of an overweight child, see STOP Stigmatizing Children for some tips on helping your child and, for that matter, entire family to eat healthier.

However, don't accept the words of "experts" who believe that you are a lousy and even an abusive parent just because your child is overweight.

Instead, each day pack an apple or banana in your children's school lunch and make sure that their school cafeteria offers kids at least one whole (and unsugared) whole fruit each day.

That should keep the food police away.