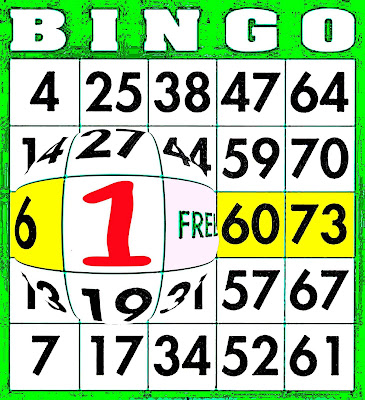 All human actions have one or more of these seven causes: chance, nature, compulsions, habit, reason, passion, desire.

Last night, I dreamt that I was playing a high-stakes Bingo game.

But some of the numbers on the Bingo card were wrong; for example, "1" was placed under "I."

To win, I needed just one number; unfortunately, that was the "I-1" number.

I tried to tell the Bingo caller that my card was faulty. He couldn't (or wouldn't) hear me, so the game played on. In the face of impossibility, I kept rooting for "I-1" to be called.

But in my heart, I realized that my winning number would never be called; the game, fixed in favor of someone else, had been stacked against me.

I awakened angry and lamenting the unfairness of life.

However, I have come to realize that we often play games that offer no chance of winning.

Extreme dieting, defined as an eating plan that no normal-weight person would embrace in his or her everyday life, is such a game.

Yes, you will lose weight on such diets, but sustaining that weight loss is highly unlikely. For an example, see

A few years ago, it was chic among high school girls to go on "The Baby Food Diet." The idea was to incorporate nothing but jars of baby food for every meal and snack, the "perfect" portion control diet.

And, yes, baby food dieters lost weight, given that the average calorie count of each jar is about 60 calories, optimal for, well, babies.

But weight-loss maintenance, the last part of that extreme diet (the "I-1" number), was a guaranteed loser.

Most girls eventually gave up on the diet--who wants to eat baby food for the rest of their lives?--and regained the weight. A few girls developed more serious problems, such as anorexia.

So today's message: choose a diet plan that you can follow for the rest of your life.

I enthusiastically recommend Weight Watchers, but any diet that is sensible and sustainable for life can be the right diet for you.

For those who cannot afford Weight Watchers (although some insurance companies will cover weight-loss programs and diet programs are deductible by the IRS), I recommend the book Low-Carb Dieting for Dummies (book review), by Katherine B. Chauncey. 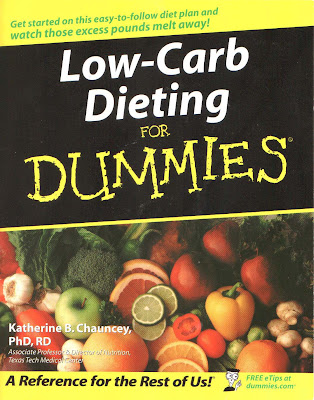 Don't be confused by the "low-carb" term in the title; Chauncey's program is really lower carb because, for the most part, fruits and vegetables are considered "whole" foods and are unlimited.

Back in September 2010, I started my own program using this book as my base.

But Weight Watchers, with its PointPlus system, is much easier, on a day-to-day basis, to calculate. In addition, the meetings can be inspiring and morale-raising, although WW does not address serious eating disorders and psychological problems.

I do NOT recommend programs that require you to buy and eat their branded foods and take their vitamins. The best programs teach members how to eat widely available healthy foods, purchased easily and cheaply at one's local supermarket.

Select the "right" Bingo card for you--the stakes are too high.