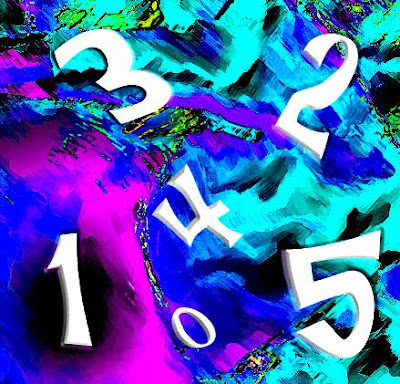 I can prove anything by statistics except the truth.

Yesterday, I wrote about worry and hurry; today's subject is closely related: obsession with numbers and stats, particularly when it comes to weight and weighing.

I must confess: I am number obsessed; the number on the scale can make or break my day.

I'm working on this fault, but I'm not there yet, so this post is for me as much as it is for others.

As I have said in an earlier post, we don't gain weight overnight. In fact, it often takes years to pack on 20 pounds, slowly sneaking up on us, until one day, we look in the mirror or at a photograph and exclaim,

EGAD!
When we're slowly gaining weight, we don't jump on the scale six times a day and fret over every 1/2 ounce we gain in the course of a day, and we don't allow the scale to define our day. If anything, we're in a complete state of denial regarding our reality.

But when we're trying to lose, we get this idea that we should lose 5 pounds a week and that if we jump on the scale several times a day, we'll nudge the needle downward.

First of all, such a rapid weight loss isn't even healthy (unless one weighs 500 pounds and must lose weight fast--then 5 pounds a week might be realistic).

Well, let's take a closer look at them.

If you lose 5 pounds a month, then that's 60 pounds a year--GONE! If you gained that much, you would be shocked at the impossibility of that large number. Who gains 60 pounds in a year? And yet you might fret at your "slow" weight loss progress. Yet many people who decide to lose weight have fewer than 60 pounds to lose, so you could be at goal weight in less than a year.

Now, let's say you are 10 pounds from goal, and you're losing only .5 of a pound per week. It will take you 5 months (20 weeks) to get there. Count your blessings! At 10 pounds away, you're almost there. So what if it takes 5 months to get there completely? Before those 5 months are up, are you going somewhere where being at goal weight will be vitally important in terms of saving your life?

Meanwhile, read The Hare and the Tortoise (The Diet Version).

I'm talking about averages here. Our bodies don't necessarily lose (or gain) weight in a linear fashion. For example, I will often lose a lot one week, gain a bit the next, lose what I gained and some more the next, and so on. We know when it's weigh-in day, but our bodies, being lumps of living (but rather stupid) flesh, don't have access to that memo.

Those so-called plateaus are just the natural course of things and shouldn't cause us such anxiety. Before jumping into panic mode, it's a good idea to wait at least two weeks before taking "drastic" measures. If the plateau continues (and you still haven't reached goal), then it might be a good idea to reassess your tracker (food diary) and maybe even your goal weight itself (it might be set too low for your body). Perhaps you need to take a short break from weight loss (which can be hard on your body, in terms of energy level and the droop factors, lol) by sliding into maintenance for a while. You may also want to check with your doctor to make sure that you don't have any metabolic issues that may be slowing you down and putting your health at risk.

Let's look at some other numbers in context:

Depending where you are in the weight loss process, these are very realistic and achievable numbers.

But perhaps it's time that we use other measures to chart our progress: How much our "fat" clothes are falling off our bodies, how well we feel, how much our cholesterol numbers have dropped, how well our sugar and insulin levels are regulated, how many medications we no longer have to take.

The number on the scale tells only part of the story, and sometimes it can lie.
Confession Confessions George Canning Index O Numbers obsessions Thought for the Day--May 1 Thoughts for the Day