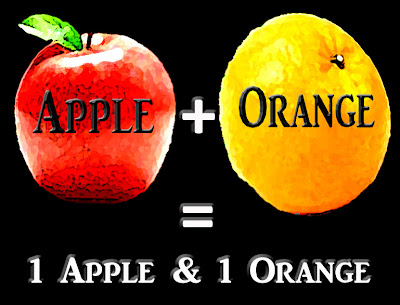 I think comparisons are odious.

Researching and writing yesterday's post has worn me out, but on May 9, after receiving my latest issue of Consumer Reports, I knew I had to respond.

The process was confusing and long because while Consumer Reports cited a study in a specific issue of JAMA, the writer failed to include the title of the article, so I had to dig through the table of contents of JAMA to suss out which article CR had used as its source.

In my mind, the most likely article was "Treatment Options for Obesity: Do Commercial Weight Loss Programs Have a Role?" Logical, right?

In fact, the "logical" article was simply an editorial in response to CR's real source: "Effect of a Free Prepared Meal and Incentivized Weight Loss Program on Weight Loss and Weight Loss Maintenance in Obese and Overweight Women: A Randomized Control Trial."

If you have already read Consumer Reports Diet Program Ratings ("Pick Your Ideal Diet," June 2011) and then read yesterday's (May 12) post, then you will see that there may be some serious incongruities between what CR is trying to prove and the objective of the source. They don't really match up.

Silly me. I was originally going to refute the rankings and, perhaps, do a bit of research of my own about Weight Watchers and try to make a case why WW should have ranked higher.

Perhaps add a little friendly snark, nothing too serious.

But I discovered something more disturbing: possible research manipulation.

Ugh! I haven't done much serious research since graduate school, and even then I wasn't too thrilled about doing it (mostly scholarly articles). My papers (especially the ones that were later published) took a long time to do (sometimes months), and I kept combing over my sources, my format, and text, almost obsessively.

I am primarily a creative writer, but I couldn't allow this to pass without comment, and I knew I had to get it out fast.

I spent most of Wednesday (May 11) gathering my sources, taking notes, and making false starts. Then overnight (May 12), I wrote the durn thing, flaws and all. I tried posting it before I went to bed, but blogger had some kind of technical issue. A good thing, too. I had forgotten to add the References list. In addition, there were some spelling and other mistakes. (Disclosure: I left the original posting time of 12:01 a.m. in place, in case you're wondering, but I actually posted yesterday afternoon.)

I expect to tweak the article and make corrections as mistakes become apparent. Also, I will invite Consumer Reports to respond, if they wish.

The fact is, I love Consumer Reports; I'm a subscriber, and this organization has helped my family to make good consumer choices. We bought our two cars based on their ratings: A 1994 Subaru Legacy, purchased 17 years and still going strong, and a 1998 Mercury Mystique, purchased 11 years ago, and, yep, still running like a champ.

Our choices in computers, TVs, mobile phones, etc. have been made based on CR's recommendations, so it was a painful decision to write yesterday's article lambasting and taking them to task.

In the end, though, I had to do the right thing.

How can Consumer Reports regain my trust? I would like to see CR do the right thing by reassessing their ideal diet rankings using sources that match the goals of the rankings, NOT a source that is actually addressing another (albeit a related) topic.

I would like them to publish their revised findings on their website and in a future issue, with a correction, along with an extensive Reference list.

Love everyone, trust no one.

In the end, I don't really care all that much who would win a revised Consumer Reports diet program rankings, just as long as the conclusions are reached honestly, based on appropriate and solid research. Consumers can always agree to disagree.

But I do care about Consumer Reports maintaining its integrity, objectivity, and non-bias.