Thought for the Day--May 18, 2011: What the Hey? Homeless Woman Arrested for Sending Child to School 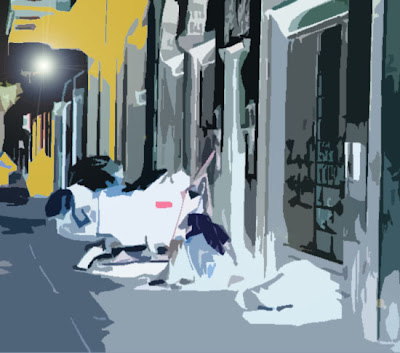 I'd go to, like, six different schools in one year. We were on welfare, and my mom never ever worked.

You can spend the money on new housing for poor people and the homeless, or you can spend it on a football stadium or a golf course.

I thought I had heard everything, but this story shocks me.

As if it's not bad enough to find yourself and your kid without a place to live, now you're being arrested for enrolling your kid in the "wrong" school.

According to News of the Weird (this specific snippet published in the May 17, 2011, issue of the York Daily Record), Tonya McDowell, a homeless parent, was arrested for "felony theft" for "stealing" $15,686 in educational services from the Norwalk, Connecticut, school district.

McDowell, no fixed address, has apparently lived, off and on, in Norwalk, but at the time of registering her son at Brookside Elementary School, she was living with a friend in Bridgeport.

Okay, so McDowell falsified the paper work, but what is a homeless parent to do? Tell the truth so the child is bounced around in the educational system like a rubber ball?

In my book, Ms McDowell deserves an award for being a good parent; she has sacrificed her personal freedom and good name so that her son could enjoy a solid education at one school.

Way to go, Norwalk. Slam a woman with an arrest record when she's already down on her luck.

Shame on Norwalk administrators for this petty charge against McDowell.

Instead, focus on getting that kid into school and getting on with his education, a right for all American children.