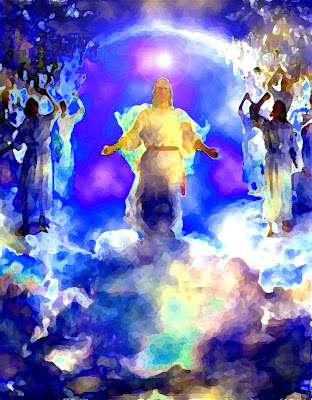 2011 AD--On May 21st, Judgment Day will begin and the rapture (the taking up into heaven of God’s elect people) will occur at the end of the 23-year great tribulation. On October 21st, the world will be destroyed by fire (7000 years from the flood; 13,023 years from creation).

Actually, according to the ebiblefellowship site, today is only the beginning of the end, so I will likely still be around to post on May 22.

According to ebiblefellowship, the rapture begins today:

The Bible teaches that on May 21st, 2011, only true believers elected by God to receive salvation will be raptured (taken up) out of this world to meet the Lord in the air and forever be with the Lord.

So if some of the people you know--especially those who are deeply religious, have been tossing around today's date ad nauseum, and take the Bible literally--are missing, then you will know that they have been raptured and you are totally screwed.

The real end of the world will has been scheduled for October 21, 2011, the entire planet to be consumed by fire.

Meanwhile, between today and October 21, it will supposedly get very ugly:

By God’s grace and tremendous mercy, He is giving us advanced warning as to what He is about to do. On Judgment Day, May 21st, 2011, this 5-month period of horrible torment will begin for all the inhabitants of the earth. It will be on May 21st that God will raise up all the dead that have ever died from their graves. Earthquakes will ravage the whole world as the earth will no longer conceal its dead (Isaiah 26:21). People who died as saved individuals will experience the resurrection of their bodies and immediately leave this world to forever be with the Lord. Those who died unsaved will be raised up as well, but only to have their lifeless bodies scattered about the face of all the earth. Death will be everywhere.

Now we have to deal with dead bodies rising up and scaring little kids.

If we can get through all that, then we have yet another hurdle to overcome: the end of the Mayan calendar on December 21, 2012, and another end of the world.

Will it ever end?
eBibleFellowship End of Days End of the World Index S non-food related Rapture Thought for the Day--May 21 Thoughts for the Day