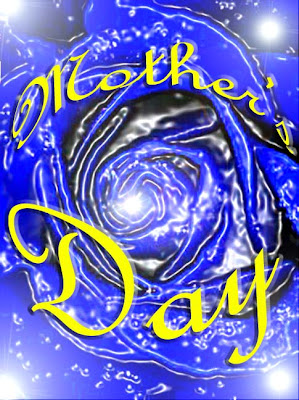 My mother had a great deal of trouble with me, but I think she enjoyed it.

My grandmother, Katherine Olive Quirk Semple (known in the family as "Mo") acted as my mom; she raised me for most of my life, stepping in for her daughter, my mother.

As I grow older, I really appreciate the sacrifice involved: Mo was 57 when she and Dee Dee, my grandfather, took me in for good, and 61 when they formally adopted me as their child. Jennifer, age 7, on her way
to a temporary custody hearing,
Los Angeles Courthouse.
Photograph by Olive Semple,
the Queen of the backside photo
_______________________________
I can't imagine what it must have been like to take in a child when you're facing your Social Security years. Mo was forward-thinking in that she pushed the adoption into motion years before applying for Social Security. She also knew what adoption might mean to me--my mother would legally become my sister (How weird is that?) and would lose all parental rights--so she involved me in the decision-making process. The question posed to me:

Would you like to become our daughter or return to your mother?

It was a complicated question because I still loved my mother and missed her, but I also remembered my tumultuous life with her and no longer wished to live on the edge of alcoholism and the underbelly of LA life.

I believe I made the right choice.

I became very close to Dee-Dee, my grandfather; he was easy-going, loved kids, and told great stories about Old Sport, a dog with a curly tail. He also acted as a buffer between my grandmother and me because we fought like crazy. 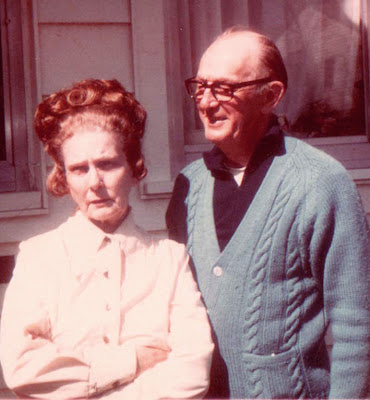 Olive and Harley Semple, Sioux City, Iowa, 1972
_____________________________
We just didn't see eye-to-eye about much of anything. She was loud (I could hear her voice a block away), bossy, assertive/aggressive, and very social, and I was quiet, stubborn, passive-aggressive, and a bit of a loner, who (in grade school) connected well with outcast kids from the wrong side of town (but they were interesting!).

We fought about my weight, my chores, my school work and grades, my friends, the Catholic Church, my morality, and my clothes. If I liked "blue," then she would argue why "red" was a better color. Oil and water.

As an 18-year-old girl, I rebelled in a major way and fell head first into the late 1960's (if you're curious, see NewMemoir.com).

People outside the family either disliked or loved her (she would do anything for her friends--for example, she helped her very poor best friend to buy a house, and I suspect that she not only helped to navigate the paperwork but also gave or lent down payment money to her). Those who loved and worshipped her welcomed her into their homes at any time of the day and barely flinched when she blurted out something embarrassing, which was often.

She once took me to visit a dying friend (her corporeal work of mercy); I recall the very emaciated woman laying on a Gurney, eating a big bowl of ice cream. Mo said, "Don't eat too much of that stuff--you'll get fat again."

I wanted to sink right through the floor, but that gracious lady just laughed, and said, "Ollie, I'll try not to be a glutton."

As we were leaving, Mo said, "Have you have made your last confession yet?"

By this time, I was practically tugging at Mo's sleeve, eager to get out of that sickroom before she stuck her foot further into her mouth.

"Good, good." And then Mo bent down and kissed her friend on the forehead. "Bye, Nell. Sleep tight."

And then we left. Outside, Mo bawled like a baby.

Those who didn't like Mo avoided her and hid when they heard all 5-foot of her frame coming closer. As a child, I thought everyone loved Mo and never even considered that she might have had enemies.

My sis/aunt Colleen revealed this fact to me about 10 years ago. "Of course she had enemies," Colleen said. "She had a big mouth." 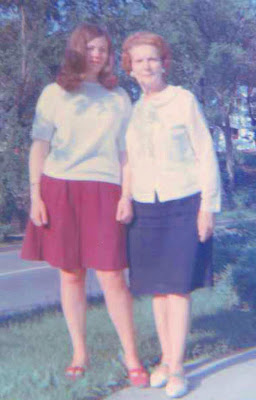 Despite our complicated relationship, I'm a better person because she took me in. I shudder to think how I might have turned out had she left me in California, where I had already had a reputation as a child who regularly roamed the mean streets of LA on her own--I was all of 6.

I wish you were still here, although you would be 110 this year.