Would YOU Eat Lab-Grown Food (a.k.a. "Frankenfood")? 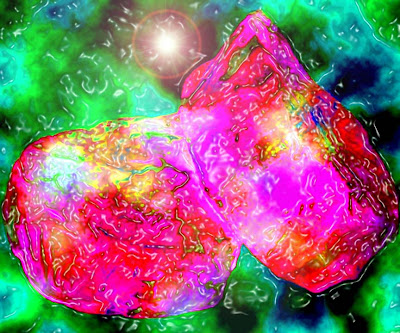 I like meat--I never became a vegetarian. But it is hard to justify the way animals are treated on this planet. Growing meat without inflicting pain seemed a natural solution.

In the future, lab-grown food may be coming to your local supermarket.

According to a May 23, 2011, New Yorker article ("Test-tube Burgers") by Michael Specter, scientist Willem van Eelen has developed "in-vitro meat" by scraping a few cells from the muscles of animals and placing them in a special solution, where they are grown into a hamburger-type substance, which could be cooked and eaten just like hamburger from slaughtered animals.

Of course, growing lab meat on a grand scale is not likely to happen any time soon, but PETA and various environmental groups are interested in promoting research efforts that would result in mass market lab-grown meat becoming a reality. At first, van Eelen's colleagues scoffed at the idea of growing meat in a petri dish, but, now with the support of these various groups, the possibility is gaining momentum.

Van Eelen became intrigued by the idea of lab-grown meat during World War II while he was incarcerated in a P.O.W. camp run by the Japanese, where both humans and animals were treated cruelly. In short, he wanted to find a way to enjoy meat without slaughtering animals and help alleviate world hunger.

Lab meat, like lab gems, would be identical in structure to the real thing and, theoretically, would taste the same.

So, if it were available right now, would YOU eat lab-grown meat/food?

I would, and here's why:


--For growing lab meat, no animals would be slaughtered, just some cells scraped from muscle. (Gems have been lab grown since the turn of the 20th century).

--Lab-grown meat can be manufactured to taste just like the real thing without all the bad saturated fats and even made to be lean. Fat content of lab-grown food can be regulated, which, in turn, could help all of us to maintain a normal weight without compromising good taste.

--Lab-grown food may eventually be engineered to fulfill the genetic nutritional needs of individuals based on their personal genetic make up.

--Lab-grown food can help alleviate the growing hunger problem throughout the world.

--Being able to grow lab food in zero-gravity could open up, in a major way, deep space travel possibilities.

Right now, I enjoy faux meat products made with soy and black beans, but they don't have the same texture or taste as the real deal, so I look forward to the day when I can eat, guilt-free, a meat product grown in a petri dish.