HCG Injections for Weight Loss? Shame on You, Dr. Oz...

By Jennifer - June 29, 2011
NOTE TO HCG SPAMMERS: Nice try, but save your energy. I'm not allowing comments with links to HCG (or any other diet site) on this post or any other post. 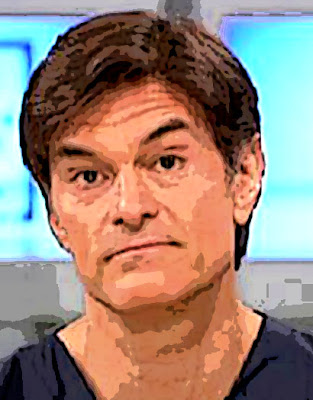 In the middle ages, people took potions for their ailments. In the 19th century they took snake oil. Citizens of today's shiny, technological age are too modern for that. They take antioxidants and extract of cactus instead.

First of all, I want to say up front that, for the most part, I respect Dr. Oz immensely. He offers a lot of good medical information and explains it in a way that the non-medical community can understand.

However, he's wrong for advocating HCG injections for weight loss, at least until the protocols have been tested further.

HCG, a hormone found in the urine of pregnant women, has not been approved by the FDA as a weight loss drug. Indeed, since 1975, the FDA has required the following statement to appear on HCG labels and advertisments:


HCG has not been demonstrated to be effective adjunctive therapy in the treatment of obesity. There is no substantial evidence that it increases weight loss beyond that resulting from caloric restriction, that it causes a more attractive or "normal" distribution of fat, or that it decreases the hunger and discomfort associated with calorie-restricted diets.

The FDA is right in requiring this product label because the potential for serious unknown side effects is just too risky, and Dr. Oz should know this.

History has not been kind to diet drugs; even with extensive trials and studies, past "miracle" diet drugs have proven to be dangerous to dieters.

Remember the notorious diet pills of the 1950's and 1960's? I sure do. As an 8-year-old kid, I was given "Bennies" (Benzedrine) as a diet pill. Was I ever flying high! In addition, this drug had put me at risk for future heart problems and amphetamine addiction, which, fortunately, did not happen, even though I sporadically used Bennies as a teenager to get high.

Remember Fen-Phen, the so-called miracle diet pill? In 1997, the FDA yanked this deadly duo from the marketplace after doctors discovered "that approximately 30 percent of patients who were evaluated had abnormal echocardiograms, even though they had no symptoms...a much higher than expected percentage of abnormal test results." --From the FDA website.

And in October 2010, at the request of the FDA, Abbott Laboratories yanked Meridia from the marketplace "...because of clinical trial data indicating an increased risk of cardiovascular adverse events, including heart attack and stroke..." FDA Website

In addition, the overall diet accompanying the HCG injection is very strict and low caloric (as low as 500 calories per day) and may itself be unsafe.

According to the Food and Nutrition Science Alliance (FNSA), there are "Ten Red Flags of Junk Science," which seem to fit the HCG Injection diet:


--Recommendations that promise a quick fix.

--Dire warnings of danger from a single product or regimen.

--Claims that sound too good to be true.

--Recommendations based on a single study [Consumer Reports would do well to heed this red flag].

--Dramatic statements that are refuted by reputable scientific organizations.

--Recommendations made to help sell a product.

--Recommendations based on studies published without peer review.

--Recommendations from studies that ignore difficulties among individuals or groups.


Rebecca Reeves, DrPH, RD, an obesity researcher and past president of the American Dietetic Association, notes that there are no clinical trials or other justification to show that the recommendations are effective.

"Anyone who tries the plan is a guinea pig," Reeves says. "While you will lose weight, it is because most everything you eat is eliminated, so it is a very low-calorie diet that is impossible to sustain."

Indeed, the diet that goes with the injections is somewhat draconian, suggesting that the diet itself and not the injections are responsible for weight loss. The HCG diet "rules":

--Rid yourself of the urge to eat when you are not hungry.

--Give into one of your cravings each day.

Really, Dr. Oz, do you really think that HCG dieters will lose weight without these restrictions?

I sincerely hope that you will reconsider your stance, at least until proper studies and trials have been conducted.