Interview with a Naturally Slim Person: Harvey M. Rapp of Columbia, Maryland, and Some Surprising Facts About His Approach to Foods 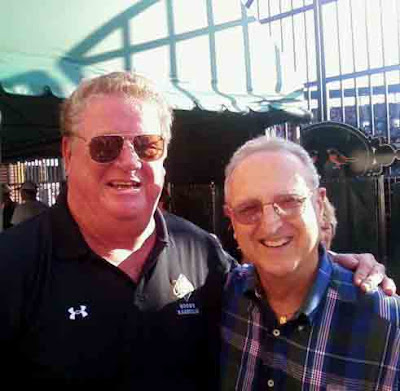 To be social is to be forgiving.

For all of us who struggle with weight and eating issues, here's the burning question:


How do slim people remain slim all their lives?

In a series of interviews with both naturally slim and "thin-by-design" people (who have remained slim for two or more years after shedding their excess weight), I hope to unlock the secrets to a successful weight maintenance protocol.

My first interviewee: Harvey Rapp, of Columbia, Maryland. Dr. Rapp, 65+, a psychologist in private practice, has been slim his entire life and has never had to diet.

Before setting up his private practice in 1980, he taught for 10 years at Loyola University as an adjunct associate professor. The decision to give up tenure for self-employment was difficult, but he felt that he couldn't both teach and manage a private practice, so he had to choose. He has no regrets; he enjoys one-on-one psychotherapy. He also evaluates and treats patients at Laurel Regional Hospital, Department of Physical Medicine, in Laurel, Maryland.

He is married to Susan Rapp, owner of Columbia Kumon West, an after school math and reading enrichment program.

a Kumon center, and they have three adult children, two sons and a daughter. They have eight grandchildren, who they see often. Susan is also a naturally thin person, but Harvey insists that her propensity toward thinness has not really impacted his own slender tendencies. In fact, he insists that, if anything, he may be slightly heavier because Susan is always pushing her leftovers to his plate, which he often eats.

When he was in his 50's, he was diagnosed with Type I (Juvenile) Diabetes, which he believes may be genetic. His grandmother had also developed Juvenile Diabetes when she was in her 50's, an unusual diagnosis for an adult. He is insulin-dependent. Unlike Type II Diabetics (who often are heavy), Harvey actually lost weight before his diagnosis, although his eating habits had not changed.

So how is Harvey different from those of us who struggle with weight?

Here are some possible clues:

His standard breakfast: 1/2 cup Cheerios, 1/3 cup of Puffed Rice, 2% milk, 1/2 banana and/or blueberries, 1 slice of toast slathered with "lots of real butter" (more than a tablespoon), and coffee. If he's on vacation or eating breakfast out, he will order something special, such as scrambled eggs (or French toast with strawberry preserves) and home fries, and does not worry about portions because he knows that it's not typical.

His standard breakfast holds him until lunchtime, so he normally does not need a mid-morning snack.

Harvey typically eats out for lunch, which he describes as "moderate," occasionally Chinese food with soup, but he passes on the egg roll. Often, though, he eats a chicken fillet or lean corned beef with Cole slaw on rye bread, sometimes with French Fries. He drinks diet V-8 juice or water.

For the evening meal, Harvey mostly eats at home with Susan and enjoys what he describes as "A Typical American Style Dinner." He normally begins his meal with a salad. Standard protein, usually lean cuts: fish, chicken, turkey, or deli meats. He and Susan sometimes eat beef, but not too often. Sometimes, he eats bread with the meal, always a starch (macaroni or potatoes), and some kind of vegetables. He tops his meal off with a cookie or a piece of chocolate candy.

He does not drink orange juice and is not a great lover of fruit, but he loves salads. He drinks very little alcohol, only at important social activities.

Harvey does snack in the evening; his snack of choice: popcorn.

Overall, Harvey does not measure food intake. If he's hungry, he will eat and has been known to take seconds.

He admits to eating more when he goes out; at the ball park, I have seen him polish off a bag of peanuts by himself, but he insists that he does this only when he's out in a social situation that involves eating.

Now for some surprising facts about Harvey and food:

He insists that while he loves certain foods, he doesn't really crave anything specifically. When he's hungry he eats and selects dishes that appeal to him in the moment, but that's it. No food drama.


2. Unlike "us," Harvey often reaches satiety just before the end of his meal.

In other words, he does not need to wait 20 minutes to determine satiety level. So when he reaches satiety, he stops eating, no matter what is left on his plate.

Interestingly, he enjoys the first bite of his food immensely, with each subsequent bite losing its taste impact. (For me, this only happens when I'm thoroughly and uncomfortably stuffed).

What is most fascinating: Harvey seemed surprised when I told him that many overweight people do not enjoy this natural hunger cut-off point.

No or minimal cravings and a well-defined satiety meter seem to be key factors, at least in Harvey's life and quite possibly common features in the lives of the naturally slim.

Other factors may be in play: for example, Harvey walks and works out daily (for 15 minutes) every day and exercises twice a week (tennis and the gym). He views exercise as "enjoyable" and as a "social physical activity." He does not view exercise as a "chore."

Ever since college, he and his friend Ellis Gershon have owned a sailboat, admitting to having almost drowned when the boat tipped over--although he had worked as a lifeguard for five years in Schenectady, New York, where he grew up.

Harvey is the most social person I have ever met; he can work a room like no other person I know. Trap him and 30,000 others in a stadium for a week, and he will have spoken to everyone, at least once, and made friends with at least half the population.

Jerry (my husband), and I are regulars at Camden Yards (the home field of The Baltimore Orioles), and he knows just about every usher there. And his interest in them is not fake--he is genuinely interested in their lives--and they like him in return.

Who needs Facebook? He's a one-person social network who, if it were possible, would meet and interact with the entire world. He has a way of making people feel at ease around him. In addition, he's a bit of a jokester and prankster; more than once, I have been on the other end of a phone prank instigated by Harvey.

Indeed, Harvey attributes his happy and healthy life to his strong social connections/family life and his minimalist alcohol intake. What is fascinating about this: he's non-judgmental if the people around him choose to have a drink. I'm not beyond taking a little snort once in a while, but I have never felt any negative vibes from him because of it.

Harvey has a lot of hobbies; we both collected Beanie Babies at the height of their popularity. Now he focuses on stamps, cachets (a stamp collector's term that refers to first-day covers), sports and non-sports cards, ephemera, sports and history memorabilia, and old coins. He has also arranged for his 1953 Plymouth convertible and 1970 Mustang Grande to be restored. "I see it as a work of art," he says.

For him, the hunt is everything, just another opportunity to create more social connections. We often go on memorabilia hunts at antique malls together, dragging poor Jerry behind, kicking and screaming "foul"!

Some of Harvey's eating strategies could be helpful to people trying to maintain a weight loss; for example, eating a good breakfast, feeding one's body regularly throughout the day, and eating occasional treats not without guilt.

However, some of what helps Harvey maintain a normal weight may have a genetic component. If there were a way to normalize one's satiety cues and eliminate food cravings, perhaps we could all enjoy life as slim people.

DISCLOSURE: I have known Harvey Rapp for over 30 years; he is a close personal friend, so I knew some of the answers he would offer. But I still asked.

Also, I'm biased in my assessments of his personality; however, I tried to be objective when sussing out his eating habits.
Harvey Rapp Index I Interviews Maintenance Naturally Slim People Robert Frost Slim People Talk Diet Thought for the Day--June 13 Thoughts for the Day