Shame on You, Jenny Craig for Hawking Your "Breaking News," "Best Program" BS!!! 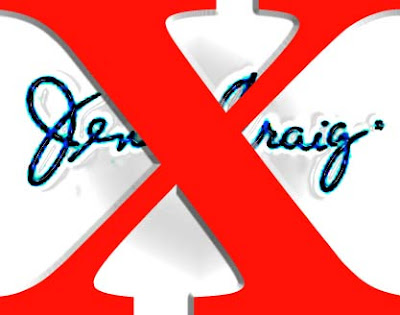 When I wrote the May 12, 2011, article Shame on You, Consumer Reports, I was careful not to include Jenny Craig in any negative way, for JC did not make the decision to use the Jenny Craig sponsored trial "Effect of a Free Prepared Meal and Incentivized Weight Loss Program on Weight Loss and Weight Loss Maintenance in Obese and Overweight Women" to decide "the best" program, but, rather, to test long-term efficacy of diet programs that provide both food and program fees to members for free. I even stressed the following:


...this article is not meant to disparage the Jenny Craig Program, which may be a fine program; I have never been a Jenny Craig member. My issue is with Consumer Reports and its research source for its rating of Jenny Craig.

I believed (and still believe) that the underlying objective of the research was to prove that overall program efficacy and members' overall health would improve if insurance companies would cover both food and program fees--nothing more and nothing less.

However, Jenny Craig has now decided to use this bogus Consumer Reports rating to pander to potential customers in its TV commercials featuring Carrie "Princess Leia" Fisher, a paid celebrity endorser who gets her food and program fees covered.

My message to Jenny Craig:


Jenny Craig, you know better. In your cold, little corporate heart, you know that you didn't really earn this top award. You know that this award was handed to you on a silver platter.

You couldn't help how Consumer Reports used your sponsored research trial, but you had a choice in how you could respond to the ratings. Unfortunately, greed prevailed, and you took the low road.

The sad part: there was a good chance that you could have beat out other programs honestly, in a true comparison/contrast research study that would include the top 10 diet programs, which would NOT hand out free food and program memberships to participants.

The truth of the matter: all diet programs have a high dropout rate, especially when members are paying their own fees and buying their own food. For any program to be successful, the member really has to want to lose weight and keep it off forever, which entails a lifelong commitment, entailing permanent lifestyle changes.

Most people who sign up for commercial programs want to lose weight for superficial reasons and want to lose it NOW. When the going gets slow, most members drift away--according to a 60,164 person study, only 7% remain after 52 weeks (Rena R. Wing, PhD, "Editorial: Treatment Options for Obesity: Do Commercial Weight Loss Programs Have a Role?" Journal of the American Medical Association [JAMA], Vol 304, No. 16, Oct. 27, 2010, page 1837)--and I'm 99.9% certain that a replicated study would bear this out.

I'm thoroughly disgusted the way mainstream media have jumped on the Consumer Reports bandwagon without doing some basic research on their own. Had they actually read the Jenny Craig study, they would have seen that the CR ranking was built on a house of cards.

Shame on NPR, CBS, the New York Post, and the Washington Post for failing to fact check Consumer Reports source.