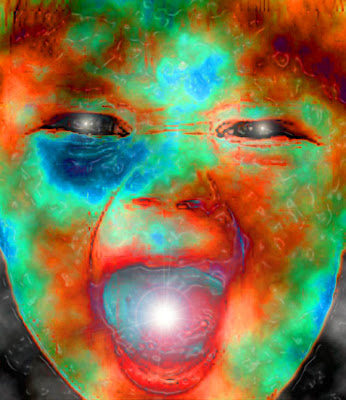 Behavior is the mirror in which everyone shows their image.

About a month ago, I did something that is generally out of character for me: I posted something nasty on someone else's blog.

This is difficult to admit, especially in a public forum, but it must be faced. I won't go into details because the specifics are less important than the act itself, which falls under the heading of "bad behavior."

The owner of the blog did the right thing and called me out (on a PM) on what I had said, and he was absolutely right. Even so, I was about to respond in a snarky manner, but then my brain started working right for a change: I stopped my finger in midair from pressing the publish button.

Then I felt shame because I had forgotten my manners; I was a guest (probably unwanted) on the blogger's site; I was acting like a total Neanderthal and about to compound my idiocy.

I knew I had to respond by apologizing, although it meant eating crow and admitting that I was a total idiot for acting like the guest from hell.

He was angry, of course, and justifiably so. It doesn't matter that we had been sparring a bit online and didn't "like" each other, although we have never met. (How can one dislike someone one has never met? The sparring wasn't that bad.)

It took me about a week to muster up the courage to eat that plateful of crow, but if I were to recognize and rehab my humanity, I just had to do it and mean it! I PM'ed him a simple and totally sincere apology, and if he wanted to rip into me, well, that would be okay.

Instead, he graciously accepted my apology and admitted that he may have been a bit hard on me on a forum we both frequent. When I think about it, he really wasn't the worst of the worst, just a bit of jabbing back and forth. We disagree on a few things, but big deal. We can agree to disagree and move on.

I don't know what got into me; perhaps my "filter" was down (I had just injured my back--no excuse, though) or something hit me the wrong way that day. Who knows?

But I do have to acknowledge something else: lately, my online behavior had not been the best or even reflected the person I am in person.

Overall, I had forgotten my online manners.

It's just that simple.

So, lately, I have been some hard thinking about the way I present myself online; I needed a total online overhaul!

First, I needed to recognize that every snarky thought that pops into my brain does not need to to be splashed all over the internet, especially on someone else's site. If I have something important to say that someone else might not like, then I should say it, but on my own blog and in a manner that respectfully disagrees; otherwise, forget about it.

Actually, what I had posted on _______'s blog wouldn't have passed the stink test anywhere.

So I'm trying to rehab my online persona so that it better matches my in-person personality.

I weigh my words more carefully now. I put a muzzle on comments that may do harm to someone else, either factually or psychologically.

It doesn't mean that I won't disagree with someone, but I will do so with more forethought and certainly better research.

In short, my message for today: Do NOT accept bad behavior from yourself,

Do NOT accept it from someone else.

I'm glad that my new friend did not accept my bad behavior and reamed me out; otherwise, I might have forgotten the vitriol I had posted, and I needed to be reminded that there was a human with feelings behind that site.

Best to all.
Bad Behavior Do NOT Accept... Index D Johann Wolfgang von Goethe Thought for the Day--July 22 Thoughts for the Day

Comments are moderated by admin.

To read some excerpts: