On Falling and Then Standing Back Up 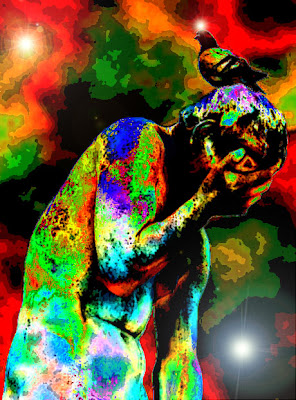 Success consists of going from failure to failure without loss of enthusiasm.

Over 200 people commented, some agreeing with the comment and others having difficulties getting back to the program.

It doesn't matter what diet program one is on--it isn't easy staying the course every single day, day after day. Some days are just plain crazy busy, and yet others are filled with food traps, sometimes ones we set ourselves. Yesterday, I was hungry all day; eating healthy snacks didn't seem to help. I wanted something with carbs and fat, so, at Ruby Tuesday's, I ordered the cheddar mashed potatoes as a side. It wasn't a wrong choice, per se, but it wasn't a wise choice because I know that mashed potatoes, my Achilles Heel, kicks up the old nasty hunger meter.

I ended up using 11 extra points--again, not wrong, but possibly unwise, given the upcoming holiday, where I may need to use some extra points.

Today, I got right back on program. Yesterday is gone--can't do anything about that anymore.

I simply busied myself with something else and ate when I was hungry, which, fortunately, was less often than yesterday.

By the way, I never mentioned this earlier this week, but last Monday's Weight Watcher's meeting was awesome. While I like the typical celebrations and happy talk, Monday's meeting went way beyond that. Some (incredibly) brave members admitted to having some problems losing weight (plateaus, etc.) and reached out to the more "successful" members (at least for this week) for advice.

Well, I'm of the school that weight loss does not always follow a linear path, even when we do all the right things. Just as we walk on uneven surfaces--sometimes down, sometimes even, sometimes up--we often lose weight in the same way. As long as the arrow mostly points downward, then, I believe, we are on the right path.

Anyway, I felt that the WW members stepped up and helped those who, last week, were in need. And we still got in our celebrations! (YAY!)

Whenever I'm tempted to become discouraged, I just remind myself that I'm now 55-60 pounds lighter than I was a year ago--and a whole lot healthier and more energized.

I don't really care if it takes a long time to lose the 27 pounds that I have left, just as long as I continue to go on the right path, eventually leading me where I need to go.

Most importantly, not to regain the weight I have already lost.

Until we meet again...
Confession Confessions Index O Talk Diet Thought for the Day--July 2 Thoughts for the Day Winston Churchill