Working on a Domain Project and Other Cool Things... 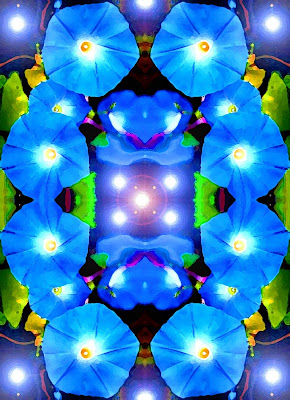 I am currently working on a domain name project called Name for the Day. The blog is half built, but I love the background (shown in the above image) and the layout.

I'm thinking of making some changes on this site, namely a new template, perhaps a new background. Also, there is way too much introductory material...

On Monday, Jerry and I had Rhia, our granddaughter, so we went miniature golfing; it was hotter than Hades (97 degrees!!!), but it didn't seem to bother Rhia at all. We, on the other hand, looked and felt wilted, even though we were drinking lots of water. Jerry actually felt a bit sick on his stomach. We sometimes forget that we're (gasp!) senior citizens. I hadn't been miniature golfing in years, and we were all terrible at it. I did, however, make a hole-in-one, but it was just plain dumb luck. Rhia held the golf club like a baseball bat, despite our best efforts to show her the correct way. But she was a real sport!

Rhia's hair is getting so long--pretty, but hot looking--so I braided it. She looked like "Half-pint" (Laura Ingalls' nickname, at least on the TV series) on Little House on the Prairie, so that's what I called her. She didn't seem to mind, but she said she hadn't seen Little House.

What? Seriously? No Little House? Much better than the claptrap they show kids these days, with little kids looking like pint-sized hookers.

Rhia was a delight to be around, although Jerry had a bit of a crisis (after I left for Weight Watchers). Jerry asked Rhia to pick up her toys, and she said, "I don't have to."

She said, "Okay," and then cheerfully picked everything up all by herself.

Jerry is a gentle soul, but he has a line that won't be crossed, and whiny kids don't sit well with him. Kids seem to understand this instinctively, without his having to raise his voice. Despite his insistence on good behavior, Rhia adores him and gravitates toward him naturally.

Perhaps I shouldn't say this, but Jerry reminds me a bit of Dee Dee, my late grandfather.

I adored him and I felt ashamed and embarrassed when I disappointed him. He rarely showed his disappointment, but I just knew it.

Kids want and need boundaries--of course, they won't come out and say, "I need to be disciplined." They will argue and wheedle because that's what kids do, constantly testing their elders.

Of course, as grandparents, we must walk a fine line between being over-indulgent caregivers and mean old Scrooges, but I do believe that just spoiling kids does not help build their character--raising kids truly does take a village!

After sweltering in the heat, we went to Old Country Buffet for lunch, where one of the servers (who we hadn't seen us for a few months) complimented me on my new body. Now that was an incentive to stick to my plan!

Seriously, though, I had decided that this was not an eating event, but simply a way to spend time with our grandchild, so sticking with healthy food was not a problem. Also, I know the compliments will continue to come for a while--I have been down this road before--BUT I'm not going to allow them to swell my head because they will stop.

Besides, I'm not doing this for beauty's sake and for compliments, but for my overall well-being and good health.