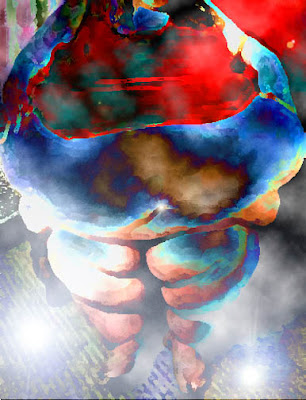 I have always been under the assumption that no one would choose to be morbidly obese.

Evidently, I was wrong.

Yesterday (September 22, 2011), Dr. Oz featured Susanne Eman, an obese woman vying for the fattest-woman-in-the-world title who embraces all 728 pounds of her body.

Why? Because she, known as a "gainer," earns her living via her paid fat fetish website that caters to "feeders," men who indulge in fat fetish websites, sometimes even sending food to their objects of desire (hence, the term "feeder"). On her website, Eman eats and poses in various activities for the subscribers who pay to gawk at her. She also weighs in to show off her weight gain.

Men pay obese women to watch them eat and parade around in skimpy clothes that emphasize their rolls of fat?

It was pitiful watching Dr. Oz practically begging Eman to lose weight and her in complete denial about her numbers (128 BMI and 500 triglycerides, less than 150 as being normal); perhaps he should concentrate on getting help for those who want it, such as Pauline Potter.

Fat acceptance and fat obsession are two different issues. People who accept their fat are not necessarily embracing it and are not trying to actually gain weight; many of these good folks have tried to lose weight and have been unsuccessful. Also, most of these people are concerned with health issues and don't weigh over 700 pounds.

I don't scorn Susanne Eman; I feel sorry for her and her lack of self esteem and insight. I hope she soon realizes--before it's too late--to accept Dr. Oz's help.