Decluttering and Shedding STUFF and Battling Affluenza, the American Disease 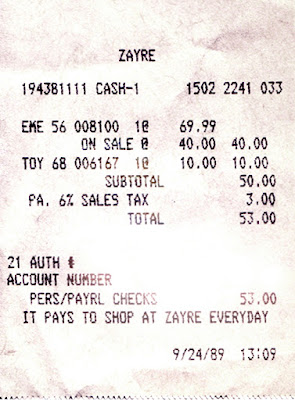 My hubby and I suffer from a uniquely American disease called Affluenza: too much "stuff" and not enough room for it. After a financially bleak 1980's to the mid 1990's, we went on a buying spree that has lasted through the 21st century. Actually, it's not the buying that has landed us in a house stuffed full of "stuff." It's the not getting rid of old stuff that the new stuff was supposed to replace.

The house itself, while a little full and messy, is still in the manageable range, but on the edge of Hoarders' territory. Dishes are always done, kitchen and food organized, bed made, laundry up-to-date, things mostly put away. However, it's got that bulgy look of having too many clothes in the closets, too many knickknacks on shelves, and too many kitchen utensils and pots and pans.

But the attic is definitely hoarders' territory; a quick inventory and a reshuffling of boxes has revealed the ugly truth of what we have not thrown away, sold, or donated: old books and magazines, old papers, old clothes and shoes, notebooks and school books/files, lamps, toys and dolls (some from my childhood), printers and computers from the Stone Age, jewelry, Lamont (a life-sized stuffed leopard, given to me by my son for Christmas one year--thanks, kiddo), a velocipede, an old air-conditioner from the previous owners of our house, etc., etc.

Last fall, my son built a shed on our property, where we could store some of our overflow.

But now as I go through things, I have come to realize that we have less of a storage problem and more of a weeding problem.

And I'm determined that nothing goes into the shed unless it's inventoried and stored in a closed numbered box with a list of contents in each box, in a binder, and on my hard drive. I'm also determined that "junk" from the attic will never be stored in the shed at all. I swear that if I had one of those Got Junk? trucks parked outside my house today, I would be able to fill it, no problem.

In short, a lot of the "stuff" we own is either totally useless/valueless or a duplicate of something else.

When I lived abroad in Macedonia, I felt so free of overwhelming junk. I had to travel light--I had only a few clothes, and I actually wore all of them. The books that I had with me stayed behind (for the university library), and I was forced to weed through my papers and toss most of them. Fortunately, many of my notes ended up on my academic website.

But when I returned to the States, I also returned to 27 years of accumulation, which I found very depressing.

As I get older, I have this need to lighten up, both body-wise and stuff-wise.

My plan: once everything is inventoried and/or weeded out, call an auctioneer and see about selling the things of value.