Does the Internet Spell the End of Journalism as We Once Knew It? 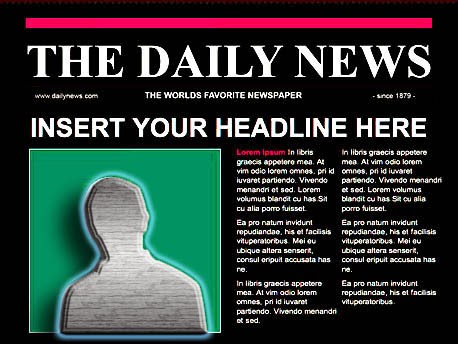 On a typical day, as I check my Facebook timeline, I am served up a menu of human interest stories, hard news; selfies; memes (political, comic, inspirational); videos of dancing cats; links to sites, most of them biased toward my point of view; family news; mild cheesecake photos shared by one friend; inspirational shares by friends and acquaintances; and comments by friends.
I have noticed that the outrageous, the extreme scenarios, seem to rule as breathless memes shout out the latest stupid and outrageous politician remark (on my timeline, Sarah Palin seems to be the most popular former-politician celebrity to deride).
Then there are the blogs I visit, some offering industry news and others pushing their own products and pumping new trends because they have a financial stake or an advertiser to placate.
So how does one sift through all the garbage to find that golden nugget story that is actually covering (gasp!) the news without trying to digest it for me, thus forcing me to think about what it means?
It’s not always easy.
We are being fed opinions like a mother bird feeding her young.
Personal opinion has crept in almost every news story; even the journalists hired by the Gray Lady herself seem to have a point or two to make.
It would be so easy to blame the internet for the ills of modern journalism, when, in fact, the chaos of the journalistic field is a people problem, not a technology one.
The internet is just the medium, not the cause, one that offers entry by amateurs for the price of a domain name and cheap or even free hosting.
But even professional journalism is in a sorry state. When journalists started giving up objectivity in their reporting, they started down on a slippery slope of presenting personal opinion as news. Yes, there is a place for editorial opinion, but it should be clearly presented as such. Believe it or not, people like their news straight – they like being able to come to their own conclusions about what the news story means to them.
Journalism as a field is definitely is at a serious crossroads; those who adapt to the new reality will survive. There will always be a place for good journalists (also known as “Jack-of-all-trades” because if they don’t know much about a topic, they will do their research). However, the actual newspaper structure needs to change to an internet format – and fast.
Yes, I would pay for a subscription to, say, The New York Times and, maybe, my local newspaper, IF I could easily and safely get my daily fix on my Kindle. At least I would know that the writers would be vetted and that I wouldn’t have to suffer through bad writing, horrid sentence structure, and unclear statements. Except for a few well-funded sites, “citizen journalism” tends to stink. No one wants to pay good writers what they are worth, so citizen journalism sites tend to hire anyone, whether or not they can write well.
To get my subscription $$$, a professional newspaper site would have to do the following:

1. Keep the site simple, free of pop ups, slide across ads, and flashing images, so that it doesn’t take forever to load a page. Simple ads would be okay, for I do understand the realities of running a news site.

2. Give me access to their archives for free or at a reduced cost.

3. Offer other goodies, such as the book review, crossword puzzle, and entertainment sections: ONLINE!

5. Most important, give me back my objective news stories, and don’t tell me how to think. Let me digest the news the way I want. If I want someone to “analyze” a situation for me, then I’ll go to CNN or MSNBC or some other political wonk site. For breaking news, I’ll go to Twitter's Trending Topics (which often breaks news hours before CNN).

Traditional newspapers have just been too slow in reacting to modern times. By not being proactive (by placing their internet ducks in a row, say, about 1990), they are now scrambling to keep up with the flow of internet news, much of it poorly written.
In the end, quality will prevail, but it may take a few years for the Old Gray Lady and her ilk to pick themselves up and adjust to an internet world.
As an older person, I do lament the end of newspapers, the thump of my daily newspaper against the door, and the smell of newsprint.
But nothing ever stays the same, and I hope I never become the kind of old person who simply can't adjust to The New Realities of news delivery.
Besides, once newspapers go online, just think of all the trees that will be saved. The nostalgia of newsprint notwithstanding, I must admit: getting sheaths of papers delivered daily to my door does seem highly inefficient and cumbersome.
Until later!