Three Orioles and an Astronaut (and His Family) 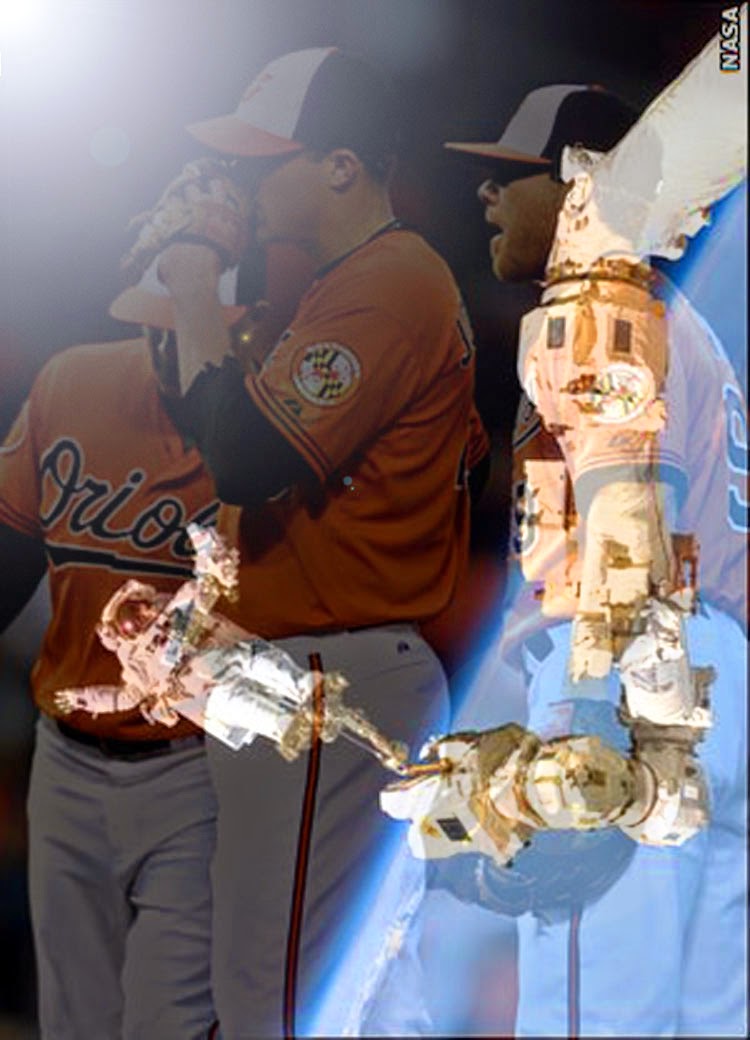 Another crazy dream post.
I seem to have a lot of them lately, but this one is a real head scratcher, at least where the astronaut is concerned.
I get the Orioles part: Jerry (my better half) and I were watching an extra-inning Orioles game that had gone well into the night (12 innings and past midnight), so that three Orioles would somehow work their way into my subconscious is not surprising.
But the astronaut?
Let the dream speak for itself:

Then I wake up, wondering, “What the hey”?
I doubt very much what I “saw” in this dream was original; certainly, the gravity ring is straight out of 2001:A Space Odyssey, and I don’t know what would be involved in creating a square room inside a see-through bubble. Moreover, what kind of substance could be developed into a see-through material that could withstand the rigors of outer space? Gorilla Glass? I honestly don’t know, given that I’m not knowledgeable about these kinds of materials. My mind could have been involved in magical thinking.
I have always been interested in space travel; as a child, I followed the space race with great interest and excitement: Alan Shepard’s wild ride into space and John Glenn’s three orbits around earth. When Apollo 11 landed on the moon and Neil Armstrong first stepped out of the Lunar Module, I was 18 and totally excited about the prospect of future space travel, which hasn’t quite turned out as I would have hoped.
I wholeheartedly believe that seeking new worlds ought to be a primary and urgent goal, for the survival of the human race may depend on our ability to break away from earth and establish new colonies on other worlds – which is why I am so excited about young entrepreneurs like Elon Musk who have taken up where NASA has left off.
So, perhaps, my dream isn’t all that surprising.
I certainly don’t know why three baseball players would be going to a space station for any reason, but this surrealism is the very nature of dreams, which is why I love them so much and love writing about them.

Have a great day!