Choices Beyond the Treadmill... 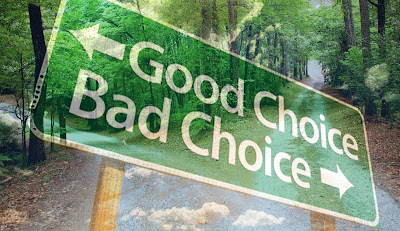 My life has taken a dramatic turn, and it all began with a hinky treadmill.
No worries and definitely no treadmill accidents – this is a positive turn of events.
Let me elaborate by beginning with how I handled my Sioux City vacation this year.
For the first time ever while visiting family, I did not fall completely back into bad eating habits.
Yes, I did step off program slightly (mostly planned, sometimes not so much), but never to the extent that my stomach hurt and felt bloated.
And I did not need one stinkin’ Zantac – a first for a “back home” vacation.
For the first time ever, I returned home from vacation with a significant weight loss, despite the fact that I wasn’t always on track with mindful eating.
I can point to four possible reasons: I continued my exercise, I ate breakfast and lunch completely on program, I found and attended Weight Watchers’ meetings, and I tracked, no matter what I ate at dinner.
It was humbling to write down those off-plan meals, but it was also cathartic. In some cases, I found that I could even work the extra points in by using weekly and exercise points (sometimes not).
I also made another major life change: I gave up caffeine – not really diet-related, but I decided to see if I could make the switch to all decaf coffee and beverages (a headache for one day).
So far, so good.
Most importantly:

No excuses about exercise.

Yes, Iowa summers are stinking rotten hot with about 1000% humidity (okay, so I exaggerate), but there is a solution to every “I can’t do this because it’s (fill in the blank).”
I had planned to use the treadmill in my family’s basement – not the best option, but I thought it was doable.
However, when I tried it, it proved to be rickety, wobbly, and slippery.
I decided that a slippery belt was just too risky (having already experienced a treadmill mishap five years ago, in which I cracked a vertebrae).
So it was a “no go.”
I could have said (and have said in the past), “Oh, well, I won’t worry about exercise until I get home.”
It would have been so easy, and no one would have blamed me.
But using a slippery belt as an excuse to fall back into my old lazy ways again would have been just another slippery slope argument. Not only that, I would have lost much of my new physical strength, which I had developed over the past two months.
Not an option.
Now there is nothing I hate more than hot sticky weather and getting up early in the morning, combined with propelling my body forward.
Nothing.
Going for a morning walk in the dead of summer seemed like a preposterous notion, a bwahahahahahahaha!
But I decided to try it anyway because

1. I didn’t want to revert back into old slothy habits.

2. The other alternative would have been to sign up at the local senior center (which we would have done), where they have treadmills and other machines.

The second two options were viable, but both involved driving somewhere else and would have been contingent upon someone else’s hours.
However, by just walking my relatives’ neighborhood, I could just jump out of bed, do a quick pit stop, brush my teeth, throw on my exercise clothes, comb my hair, grab my phone and water, and just go.
No one cared if I was freshly showered – not that there were a lot of humans out and about at that time.
And getting up early ensured a cooler walk. I experienced only one day in which I felt like I was dragging a bag of rocks behind me.
With lots of water, slowing down when necessary, and a lot of ducking into the shade, I survived.
By making this choice during my vacation, I have discovered something unknown to me about myself:

I don’t really mind getting up early and hitting the pavement. In fact, I rather enjoy it.

And, post vacation, I have continued my morning jaunts.
And why not? I feel great during the day; I am sleeping better at night.
I have shocked myself.

Note to friends and relatives who know me well:
Please don’t choke on your morning coffee.

There is something about a walk in a neighborhood that you can’t get on an at-home treadmill: sunshine and social interaction with both humans and dogs (occasional squirrels and bunnies, too!).
I’m not special, and I’m not a saint; I have a lot of faults, and I can be stubborn and lazy at times, but I am determined to find solutions when few seem to be possible.
And had I not decided to make an outrageous choice (at least to me), I would have never made a new discovery about talking morning walks in the height of summer, which, I hope will persist as a new habit here in York, Pennsylvania, as it was in Sioux City, Iowa.
I am struck by the fact that we do have choices in our lives: positive, negative, neutral.
I would like to stick to the positive and the neutral.
Thanks for listening!